unlock your huawei ,alcatel and surfline modem and mifi for free (3396)

How To Block Calls and Sms on Infinix phones (1763)

Apple’s dual SIM technology might not be for Ghanaians (1126)

How to hack-proof your smartphone (1062) 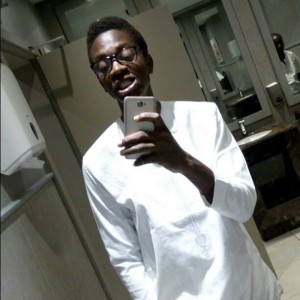 Two Chinese students studying in Oregon, the US, allegedly scammed Apple out of hundreds of thousands of dollars in iPhone replacements and are now facing criminal charges in federal court, as reported by The Oregonian.

Yangyang Zhou and Quan Jiang are Chinese students who were studying engineering at Oregon State University and Linn Benton Community College on student visas. Outside of classes, they were busy importing fake smartphones from Hong Kong. They sent each iPhone to Apple store either by mail or in person, claiming that their model is not working or doesn’t turn on, to avail a brand new iPhone as part of Apple’s replacement policy “no questions asked”.

The Verge reports that the two college students were so profitable at this scam that it has cost Apple $895,800 in new iPhones, in a time span of two years. Jiang reportedly submitted over 3,000 warranty claims and as a result, Apple granted almost 1,500 replacement iPhones. According to an estimate of $600 per phone, Apple lost nearly $900,000 from this scheme. The duo allegedly shipped the fakes into the US and sent the replacements they got out of the US.

They apparently were terrified when customs officers seized suspicious shipments bearing the Apple logo, the documents noted. The Cupertino tech giant sent Jiang cease-and-desist letters after he was identified as one of the alleged smugglers by December 2017, but later on, they were ignored by customs officials.

It’s interesting to note here how a huge tech company like Apple could allow such a scam. Possibly not being able to turn on the iPhone, Apple employees didn’t verify the authenticity of those iPhones. Also, Apple doesn’t require any proof of purchase for the warranty claim and it looks like Apple employees were just following procedure.

When we take a look at the world’s flagship smartphones, durability isn’t the first feature that comes to anyone’s mind. Gadgets sold by manufacturers the likes of Apple, Huawei and Samsung focus on a premium look and feel, at the expense of durability. Of course, this focus is justified given that the average user is unlikely to spend much of his time in extreme conditions. However, if you’re an emergency or military personnel, then the equation changes. Dubai based Dark Matter group has launched its KATIM R01 and the device comes with several built-in security and durability features unavailable on most high-end flagships. Take a look below for more details.

The KATIM R01 focuses on different aspects that cover both security and durability. It’s powered by Qualcomm’s Snapdragon 845 and features 4GB of RAM with 128GB of internal storage. It has a 5.65″ display with Full HD (2160×1080) resolution. Battery capacity for the smartphone stands at 5600mAh, and the device also supports Qualcomm’s Quick Charge 4.

Moving towards its durability, this is the result of DarkMatter’s solid, no-nonsense design approach with the smartphone. While your typical flagship only has one layer of chassis protecting its internal components, the KATIM R01 takes this approach to a new level. The gadget’s internals are protected by a rigid aluminum structure, which in turn is protected by several other layers to protect key components from impacts and shocks of varying degrees.

The KATIM R01 has a single 12MP rear camera with Dual-LED and Dual-color flash, and at the front, the gadget has an 8MP camera sensor. Since it’s designed for use in harsh environments, the KATIM only features one rear camera. But, the device allows usage with either wet fingers or gloves, and its IP68 certification ensures that the KATIM R01 will withstand up to 30 minutes of submersion under water. The gadget supports MIL-STD 810G and MIL-STD 461G military standards.

Additionally, the device is also secure when it comes to data protection, as the KATIM R01 is designed to wipe off user keys in case of hardware tempering, even if the device’s battery is dead. The gadget also comes with a secure switch that cuts off microphone and camera support in case its being used in sensitive meetings. It runs on the KATIM OS hardened Android 8.1, but unfortunately, we can’t provide more details for the OS. The device also uses USB-C, and its USB interface is protected against data theft and malware.

Developers can go ahead and download the fourth beta of Apple’s upcoming software. If you already have iOS 12.2 beta 3 installed then just plug your iPhone or iPad into a power outlet, connect to WiFi, launch Settings > General > Software Update. You’ll see the latest update here for download. Just tap on Download and Install and you’ll be updating your device in no time.

watchOS 5.2 can be downloaded over the air as well. Start off by placing your watch on the magnetic charger, connect to WiFi and then download the update on your iPhone by navigating to Watch > General > Software Update. This may take a while therefore exercise some patience.

t’s highly recommended that you go ahead and update all your devices right now as new updates tend to fix a lot of bugs that may be hindering performance big time. iPhone and iPad users benefit the most from these releases as new software updates fix a lot of crashes and battery related issues.

Those who are looking to try out Apple’s latest software can do so by enrolling themselves in the Apple Developer Program, which costs $99 on an annual basis. This program gives you access to upcoming beta software, allowing you to test drive what’s going to be next big thing before anyone else. Furthermore, if you are not in the mood to spend a dime, then you can take an alternative route as well by signing up for the public beta program, or Beta Software Program, as Apple likes to call it. It is free, and all you have to do is navigate to beta.apple.com and sign up there for free using your Apple ID.

If there is anything noteworthy in this release we will definitely highlight it. In the meantime, take the time out to update your devices as soon as possible.

Things To Consider Before Buying A Gaming Laptop

Things To Consider Before Buying A Gaming Laptop